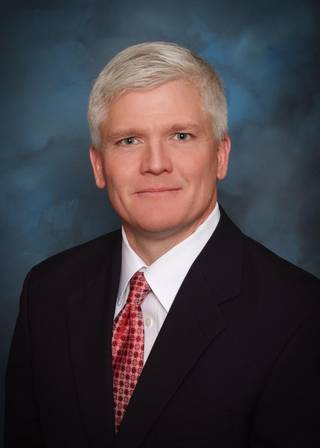 The idea and practice of screening men for prostate cancer has undergone many changes over the past 25 to 30 years.

Prostate cancer has a significant impact on men who are beyond the age of 50, as it is the second-leading cause of cancer death in the United States. About one in seven men will be diagnosed with prostate cancer during his lifetime.

The screening process involves a rectal examination assessing the prostate gland, and a blood draw to measure a chemical called PSA. This level can be increased in men with prostate cancer. Other conditions may cause the increase, so physicians need to be careful in the interpretation of results.

The best way to detect an early potentially deadly case is to collect yearly PSA tests over three to five years so trends can be assessed. With the beginning of PSA testing in the early 1990s, a marked decrease in death rates from prostate cancer was seen over the next 20 years.

Many physicians and researchers are concerned about overtreatment of prostate cancer — in other words, being too aggressive in using surgery or radiation when a small amount of potentially slow-growing cancer is found on a biopsy.

The federal government has also become concerned about this issue. A large medical research trial called the Prostate Lung Colorectal and Ovarian (PLCO) Cancer Screening Study released results from 2009 showing no benefit from screening for prostate cancer when comparing a large group of unscreened men to a large group of aggressively screened men.

In 2012, the United States Preventative Services Task Force (USPSTF) recommended against screening for prostate cancer. No other regimen for detection was suggested by the task force.

This spring at a national urologic surgeon meeting of American Urological Association, a group of researchers from New York Presbyterian Hospital and Weill Cornell Medical College in New York presented a new analysis of the PLCO results, reporting that 70 to 80 percent of the large group of men in the unscreened arm of the study actually had had a PSA test within two years of their participation of this study. This information casts significant doubt on the validity of the published PLCO results. This analysis from Cornell was published in the New England Journal of Medicine in May.

Researchers across the country are assessing the effects of the USPSTF recommendations on prostate cancer mortality since 2012. In a recent study from Northwestern University in Chicago, researchers found a significant increase in the cases of advanced prostate cancer already spread to other parts of the body from 2004 to 2013. These findings fuel worries that we could be missing serious cancers because of decreased screening. This study has critics who say that specific characteristics of the population that was studied were not lined out in the research paper.

Information on the impact of the USPSTF recommendations will be forthcoming slowly. Doing research on prostate cancer is more like studying oak trees than studying field peas, as statistical data takes years to mature. Nevertheless, policymakers are looking very closely at the new analysis and new findings to further fine tune recommended screening guidelines.

The best advice to leave you with this month — September is Prostate Cancer Awareness Month — is to ask your doctor if you (or someone you love) should be tested.

R. JOSEPH H. WILLIAMS IS A BOARD-CERTIFIED UROLOGIST. HE COMPLETED HIS SURGICAL INTERNSHIP AND RESIDENCY IN UROLOGY AT THE NATIONAL NAVAL MEDICAL CENTER IN BETHESDA, MARYLAND. HE SPENT 10 YEARS IN THE NAVY AND IS A DECORATED VETERAN WITHIN THE PERSIAN GULF DURING OPERATION DESERT STORM AND DESERT SHIELD. DR. WILLIAMS IS A FOUNDING MEMBER OF THE IDAHO UROLOGIC INSTITUTE IN MERIDIAN. VISIT IDUROLOGY.COM FOR MORE INFORMATION.