Home>News>Contemplating a vasectomy? Here’s what you need to know

Contemplating a vasectomy? Here’s what you need to know 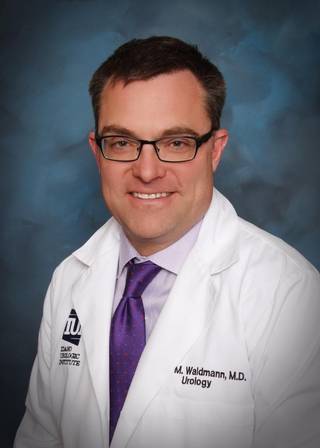 More than 500,000 men in the United States each year choose vasectomy as a permanent form of birth control. The use of this form of male sterilization as a birth-control method dates back to about 1899.

Sterility is achieved by sealing off each vas deferens (there are two of these ducts that carry the sperm away from the testes to the ejaculatory ducts). This “seal” prevents sperm from entering the seminal stream, thereby preventing fertilization and pregnancy.

Vasectomy is a minor surgical procedure, usually performed in a physician’s office. Generally, the procedure takes 20 to 30 minutes to perform and is done using local anesthesia. It is common for physicians to prescribe anti-anxiety medication to take before the procedure.

During the procedure, one or two small incisions or punctures are made in the scrotal skin after local anesthesia is injected. The local anesthetic numbs the vas and the overlying skin. This allows the procedure to be performed without significant pain.

Once the incision has been made in the skin, the vas deferens can be cauterized, tied off or clipped to prevent the sperm from being able to travel through the vas.

Often, the physician will remove a short segment of the vas deferens as well. The vas is then replaced into the scrotum, and the procedure is repeated on the second side. The incisions or punctures may be closed with sutures or skin glue, or they may be allowed to heal on their own.

During the immediate two days after the procedure, most patients apply ice to the scrotum (a bag of frozen peas is commonly used as an ice pack). This helps reduce the pain and swelling. While pain medication is often prescribed, many patients do not find it necessary to take it, and most patients are able to return to work within two to three days following the procedure.

It is common to have discomfort and tenderness after the procedure. For most men, this resolves within a few days. Occasionally, the tenderness takes several weeks to fully resolve. Rarely, the pain and discomfort persists.

Complications can occur after any surgical procedure. The rate of significant complications after a vasectomy is low. Potential short-term complications include bruising, bleeding into the scrotum and infection.

The most common long-term complication is the development of a tender nodule in the scrotum at the vasectomy site. This occurs when sperm leaks from one end of the vas into the scrotum. This problem can usually be treated with medication. On rare occasions, minor surgery to remove the lump might be necessary. Rarely, the vas deferens can grow back together, which could lead to an unexpected pregnancy. The incidence of late failure of a vasectomy is approximately one in every 2,000 vasectomies.

Vasectomy is generally considered to be a permanent form of sterilization, though it can be reversed with a surgical procedure to re-attach the two ends of the vas deferens. While vasectomy reversal has a high rate of success, reversal does not always lead to pregnancy.

Older studies suggested that men who had undergone vasectomy were more likely to develop prostate cancer and heart disease many years following the vasectomy. But more recent research has failed to demonstrate any link between vasectomy and subsequent risk of developing these health problems.

Immediately following the vasectomy, sperm may still be present in the semen. For this reason, it is recommended that men who have undergone vasectomy and their partners continue to utilize another form of birth control until at least one (and usually two) semen analysis has had a sperm count of zero.

One final note: Many men actually plan their vasectomies to coincide with major sporting events like The Masters, The Stanley Cup or the NCAA men’s basketball tournament (March Madness). It is the perfect excuse to stay on the couch (doctor’s orders!) for two to three days, guilt-free, while watching the games.

Urology offices across the U.S. often have promotions during March Madness, with many providing “survival kits” that include items such as free pizza, coolers, ice packs and the like. Check with your urologist’s office for more information.

Learn more about vasectomy from the Urology Care Foundation at urologyhealth.org/urologic-conditions/vasectomy and webmd.com/sex/birth-control/vasectomy-14387.

Dr. Todd Waldmann is a founding partner and current president of Idaho Urologic Institute. He is a board-certified urologist and urologic robotic surgeon. He also is a member of the American Urologic Association, the Ada County Medical Society and the Idaho Medical Association. Waldmann is a diplomate of the American Board of Urology. Learn more about Idaho Urologic Institute at idurology.com.